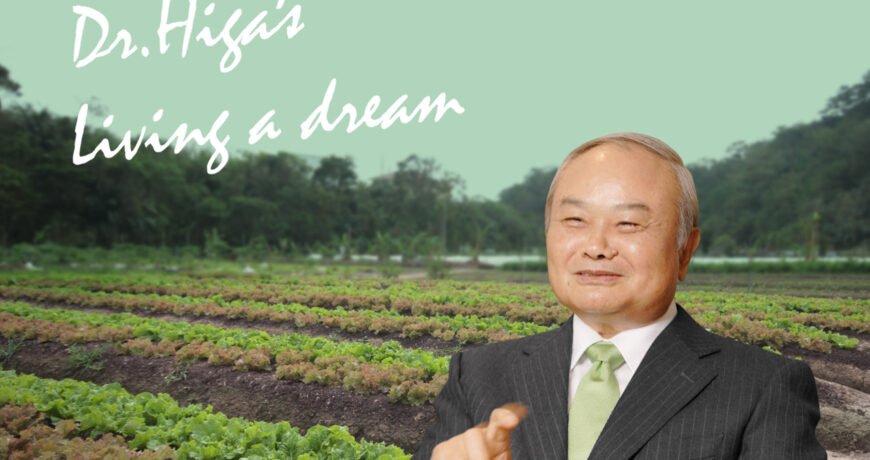 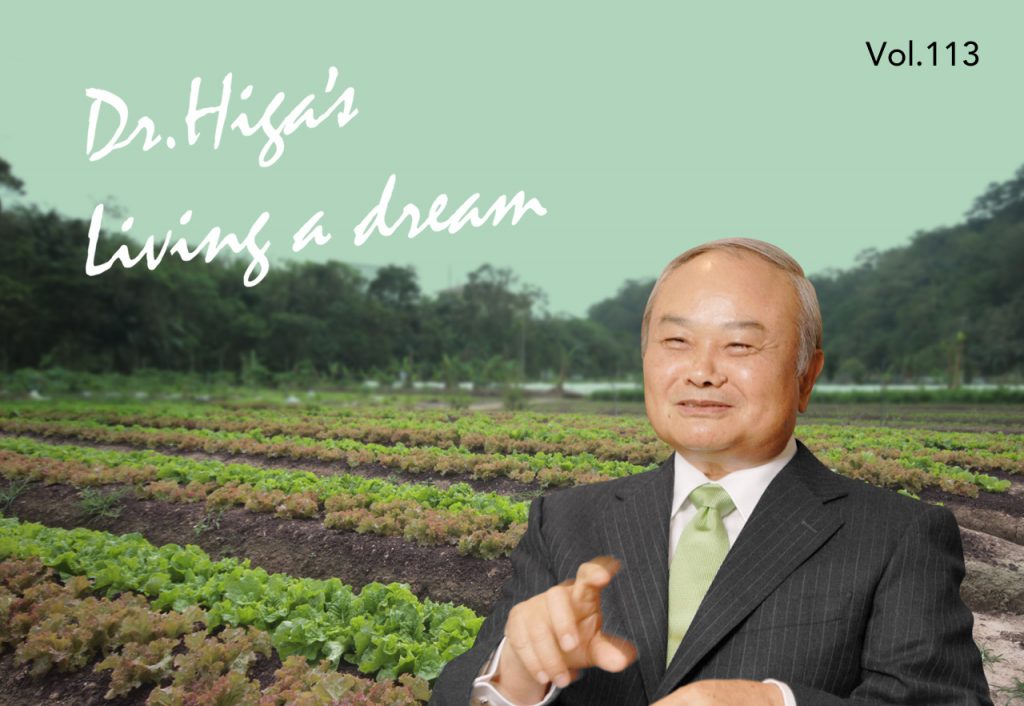 Definitive Measures Against Typhoons by Rectification of EM

In the 97th issue of this series, I introduced the EM rectification effect that was able to take measures against typhoons, earthquakes, thunder and electromagnetic waves. There really is no end to the various miracles that are occuring mainly in the main island of Okinawa. The damage from typhoons has been drastically decreased. Dust buildup on buildings and cars car dust and particulate matter (PM 2.5) have greatly decreased, leaving everything fresh and beautiful. Since the end of 2013 the yield and quality of agricultural crops have improved markedly. Household electricity charges have gone down by 10 to 15%. Since the electromagnetic waves were rectified, children’s ability to concentrate has improved and the results of national academic proficiency tests of Okinawan children, who had been always ranked at the bottom until 2013, improved to 24th place in the rankings in 2014, 20th in 2015, and this year 13th place.

A few months after the rectification occurred I wrote an article entitled “The Genesis of Heaven on Earth through the Law of Syntropy” which appeared in the Funai Mail Club issue #108 issued on January 23, 2014. In this I discussed future possible effects in Okinawa, and everything turned out as I had foreseen.

As I introduced in the 97th issue (July 22nd, 2015), the typhoon that came to Okinawa in July of last year has announced by the meteorological observatory as a huge, powerful typhoon, but there was very little damage and there was a bountiful harvest of agricultural crops including sugar cane. As a result, various public announcements were made saying this was due to few typhoons and no damage.

On October 2nd of this year, too, a typhoon measuring 905 hectopascal hit the main island of Okinawa, the strongest ever recorded by the Okinawa weather station, a special alert warning was issued, all transportation facilities stopped, and everything was closed including public offices and supermarkets, hospitals and so on.

As announced by the meteorological observatory, before approaching the Okinawa main island this typhoon had a forecast circle of a huge typhoon. The typhoon was forecast to hit the eastern side of the main island of Okinawa first, but as it approached the main island of Okinawa, it rapidly changed direction to the west side and the wind speed declined at the time it passed west of Kumejima Island. It became tornado shaped and then the eye of the typhoon quickly disappeared. 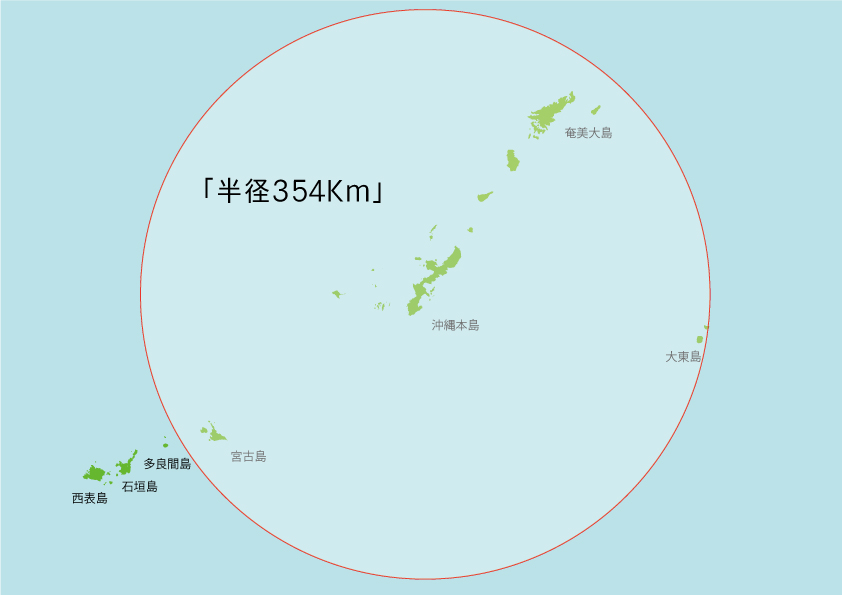 This pattern is the same for all typhoons (three huge typhoons) since 2014 where the rectification barrier was formed in the main island of Okinawa. And in 2016 this influence extends to Daitojima Islands, Miyakojima Islands and Amami Oshima Islands. The results of O-ring and other measurements of various quantum entanglements revealed that a huge rectifying barrier with a radius of 354km was formed at 55km above the main island of Okinawa.

Inside of this circle, the nature of the sunlight and rain changes. Light is transformed into some kind of yellow light (with less harm done by ultraviolet rays), and rain is transformed into water as pure as shrine holy water (rain which restores all things). Therefore, the soil and the environment are improved every year, there are few natural disasters, and it becomes a veritable paradise on earth.

This circle was about 80km in 2014, but became stabilized to 260km in 2015 and 354km from 2016. In an extreme way of saying, the clouds and air that passed through this circle are purified, so that its benefits expand further, but the range that has absolute significance is 354km from the main island of Okinawa. 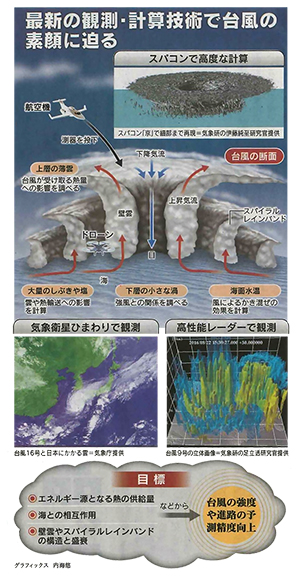 Last month, on November 1st after the typhoon the prefectural sugar industry-related association announced the prospective yield in 2016. The area located within this circle far exceeds what was seen as a good harvest last year; the Okinawa main island increased by 2.9%, Miyakojima city increased by 5%, the south and north Daitojima Islands, and Kumejima Island that the typhoon grazed greatly increased its yield, with an 42.8% increase in the whole remote island region (normally there would be a 20 to 30 % decrease). Since sugar cane growth will continue in the future, I think that just as last year, we will achieve results beyond expectations during this fiscal year.

On the other hand, Ishigakijima Island and its surrounding islands outside this boundary circle have seen a decrease of 11.4%, which is due to the heavy rain in spring and the typhoons.

Although it seems hard to believe, if you investigate the typhoon damage for several years before to now in Taramajima Island, next to Ishigakijima Island and Miyakojima Island, outside of this barrier circle, and future conditions, the difference will become even clearer. Figures 2-1 and 2-2 show the latest typhoon analysis method in the Nihon Keizai Shinbun on September 25th this year.

Using this method, the results of measuring Typhoon 18, the local paper Okinawa Times predicted initially on October 2 it would be a massive typhoon. The only way to solve the mystery of the measurements in this article is to accept the effects of the EM rectification barrier. 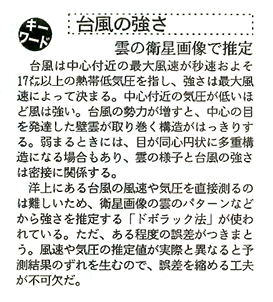 Figure 2-2 Typhoon analysis Prior to the threat
(Nihon Keizai Shimbun article # 2 on September 25, 2016)

The typhoon refers to the tropical cyclone whose maximum wind speed in the vicinity in the center is about 17 m per second and the strength is determined by the maximum wind velocity. The lower the air pressure near the center, the stronger the wind. As the force of the typhoon increases, the structure surrounding the wall cloud that developed the center eye is clear. When weakening, the eye sometimes forms a concentric multiplet structure, and the state of the clouds and the strength of the typhoon are closely related.

Because it is difficult to directly measure the wind speed and pressure of the typhoon on the ocean, the “Dovolak method,” which estimates the strength from satellite images of cloud patterns, etc. is used. However, there is a certain degree of error. If estimates of wind speed and pressure are different from actual values, deviations in prediction results will occur, so it is essential to reduce errors. 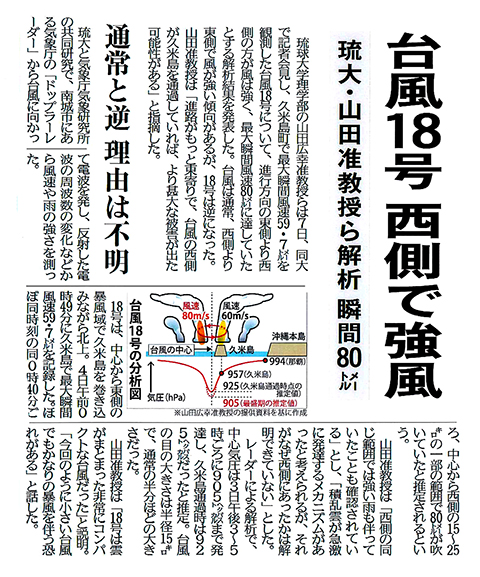 Typhoon #18, Strong Wind on The West Side

Analysis from Associate Professor Yamada of the University of the Ryukyus, Wind Speed of 80 meters

On the 7th, Associate Professor Hiroyuki Yamada of the Faculty of Science of the University of the Ryukyus and others held a press conference at the university, stating that the wind was stronger on the west side of Typhoon 18, observing maximum wind speed of 59.7 meters in Kumejima Town, and announced the result of analysis showing the maximum wind speed reached 80 meters.

In typhoons wind usually tends to be stronger on the east side than the west side, but with Typhoon 18 this was reversed. Professor Yamada pointed out that, “If the course is closer to the east and the west side of the typhoon passes Kumejima Island, there may be more serious damage.”

The reverse of what is usual. The reason is unknown.

In joint research between the University of the Ryukyus and the Meteorological Research Institute of the University of the Ryukyus, radio waves were emitted from a Doppler radar of the Meteorological Agency in Nanjo City towards the typhoon, and the wind speed and the strength of the rain were measured from the change of the frequency of the reflected radio waves.

By radar analysis, was estimated that the central pressure had developed to 905 hectopascal between 3-5pm on the 3rd, and 925 hectopascal when it passed through Kumejima Island. The eye of the typhoon was about 15 km in radius, about half the normal size. Associate Professor Yamada explained that “Typhoon 18 was a very compact typhoon with clouds clustered together… There is a fear that even with a small typhoon like this time there will be severe wind.”